About Podcast The Book Testimonials Your Courses Discussion Login

Key takeaways from this week's episode:

And if you know someone that would enjoy this podcast, please share it with them.

Welcome back.  I’m Alan Gordon, creator of the Cycle of Mind System.  Some links below.  The notes from this episode will be published on my blog, and if you want to chat and ask questions go ahead and join the Facebook Group we are always talking about Mind.

Today we’re going to talk about Science, and why Science rejects the notion of Mind.

Actually you and I can study Mind.  Scientists can’t study Mind yet because they don’t believe in its existence.

Science will never accept Mind because modern science is built on one principle.  All scientists follow this one principle, and if anyone makes a statement that violates this principle – then they are not considered scientists.

That one principle that all of science is based on, is called the Scientific Method.  And if you never heard of the scientific method, don’t worry, it’s a very simple idea. The Scientific Method says that every time you do the same experiment, you always have to get the exact same result.  As long as all the details are accounted for and held constant - the same experiment will always yield the same result.

Modern science was born with the adoption of the scientific method – somewhere around 1600.

In 1633 Galileo was tried, convicted, and condemned by the Roman Catholic Church for believing that the earth revolved around the sun.  Galileo was forced to repent for his errors and reject all his beliefs.  Had he not repented and denied his beliefs, he almost certainly would have been burned at the stake.  Even after repenting, he was held under house arrest until his death in 1642, so dangerous were his ideas to the Church.

In 1991, 358 years later, Pope John Paul II said we now know that “Galileo was right in his assertion that the earth revolves around the sun.”

So that’s really why we have the scientific method.  The same experiment will always yield the same result.

The concept of repeatability is very important.  All the great inventions and technological advancements of our era depend on scientific repeatability.

The great steel mills of the 1890’s and early 1900’s where one steel mill could produce 3 million tons of steel that framed the great buildings of cities, laid rails across the nation, built giant ships, countless cars and trucks and railroad cars.

If you get the furnace to just the right temperature, and mix just the right amount of alloys – the molten iron turns into steel and can be molded to any shape.  And it is the repeatability of this process that allowed the incredible growth of the developed nations.

The electrical grid that powers our world.

The engineering of our global air traffic system is extraordinary

Putting rocket ships in space – based on science.

The silicon chips that minituarized computers, made it possible to have telephones and countless other inventions.

The advancement of software to control millions of functions.

Science underpins all these advancements and a million more I didn’t mention.  The repeatability of science is critical.

So here is where we get stuck.  Mind does not hold itself to experiment.  Mind is infinite, and infinity is a concept that the Scientific Method rejects – precisely because infinity is not repeatable.  In fact, it’s the opposite – results can never be repeated.

So intuitive experiences, instincts, insights, personal observations – while these may seem true to you, science does not accept them, even though you know its true.

But there is another branch of science, and that is ancient science.

Ancient science discovered the energy structure that underlies our physical bodies, and identified invisible energy nodes.  They not only must exist, because otherwise how would the energy flow in our body?  They developed exercises to control and move this energy.

The principle for modern science is repeatability.  That is the one principle they cannot compromise.

The principle of ancient wisdom is truth.  Truth is the one principle they would not compromise.

The truth of Mind is no less valid than the laws of Science and Mathematics.  Men have understood the reality of Mind for thousands of years.  Mind is a force, Mind is Energy, Mind is Reality – it is all a living system and we are part of it.

We each have the ability to direct the power of Mind to create anything we can imagine.  It has never been explained to us, but it is our birthright, it is part of who we are.  No one can take this power from us.

We live in an infinite ocean of change, you can point your thoughts, you can point Mind in any direction.  So the only way to navigate this change is to choose a compass point, a North Star to guide you.

But there is no compass point, there are no navigational guides – each of us is free to choose the direction of our own thoughts.  So we must choose a direction based on Character, Values and Principles.  Everything that is good in the world is built on strong positive Character, Values and Principles.  Whatever does not have these principles as a foundation, is not good.

But the problem with science is that it has no moral values.  Science can be used to heal or to kill.  Science takes no moral stance.

The study of Mind is different.  Since ancient times, the study of Mind has required a moral stance.  And as we study Mind, our principle that we will never compromise is Compassion.  If the thought, word, or behavior is based on Compassion, it is good and true, even if from time to time there are unintended consequences – the thought itself was good.

Science denies the existence of Mind, yet the irony is that Mind should be the governing principle of science.  Science is nothing more than a tool of Mind.  It is a powerful tool, and when put in the hands of the compassionate – it will enable a wonderful future for us all.

Without Compassion, things are just spinning with no direction.  Compassion is the only compass point that makes sense.  There are an infinite number of other thoughts we can think, but none of them make sense when compared to Compassion.  All thoughts, words and actions must be measured against Compassion.

In 1902 James Allen said:
“Men live is spheres high or low depending on the nature of their thoughts.  Their world is as dark and narrow as they conceive it to be, or as expansive and glorious as their imagination allows.”
James Allen, "As a Man Thinketh"

In 1944 Max Planck said:
“All matter originates and exists only by virtue of a force.  We must assume behind this force is the existence of an Intelligent Mind.  Mind is the matrix of all matter.”

In 1946 Albert Einstein said:
“A new type of thinking is essential if mankind is to survive and move toward higher levels.”

In 500BC the Buddha said everything that could be said:
“Teach this triple truth to all:  A generous heart, kind speech, and a life of service and compassion are the things which will renew humanity.”

Well I’m taking his advice, and actually, that’s the purpose of this podcast.

A lot of times when we think about ancient wisdom, we think of these quotes that have survived for thousands of years as breadcrumbs which, if we follow them and piece them all together, we can work our way to some ancient truth that they understood, and then we could understand it.

Well these words are not breadcrumbs, they are the whole loaf.  The truth about ourselves is in plain sight.  We just don’t see it, because it is difficult for us – who have been programmed to think rationally – to see something that is invisible.  It is difficult for us to even acknowledge it, let alone proclaim it as a truth.

Mind is real.  It is a force.  Mind is the unifying principle behind all science.

The world is constantly changing, so it is our thoughts – primarily our invisible subconscious beliefs – that create and hold together the world we know and understand.  To create a new world, all that is required is to change your thoughts, and the world immediately changes in response.  Science can’t measure the change in the world – because the change is different in each person.  But if you raise your level of awareness, you can see it happening.

The truth is that Mind is repeatable.  If you and I think the same thought, then reality will change in response.  But our experiences are different because I start with my trillions of issues, and you start with your trillions of issues.  So of course we get different results, but the effect is the same every time – Mind will change our reality in response to new thoughts.

This is the great paradox of our existence:
Mind is infinite, invisible and unmeasurable, yet it exerts absolute control of the visible world.

It is now time for science to accept this paradox, so the truth of Mind may be taught alongside science as equally true and valid.

George W. Bush on the moral neutrality of science:
https://www.thenewatlantis.com/publications/the-moral-challenge-of-modern-science

And please jump onto my Facebook Group where we are always talking about Mind.  And I’ll be having some live Q&A sessions on Facebook very soon.

For those of you who may want to dig deeper into the Cycle of Mind System and begin taking control of your own thoughts, your first step would be to register for:  “A Course in Self-Awareness.” That will get you started on the right path. 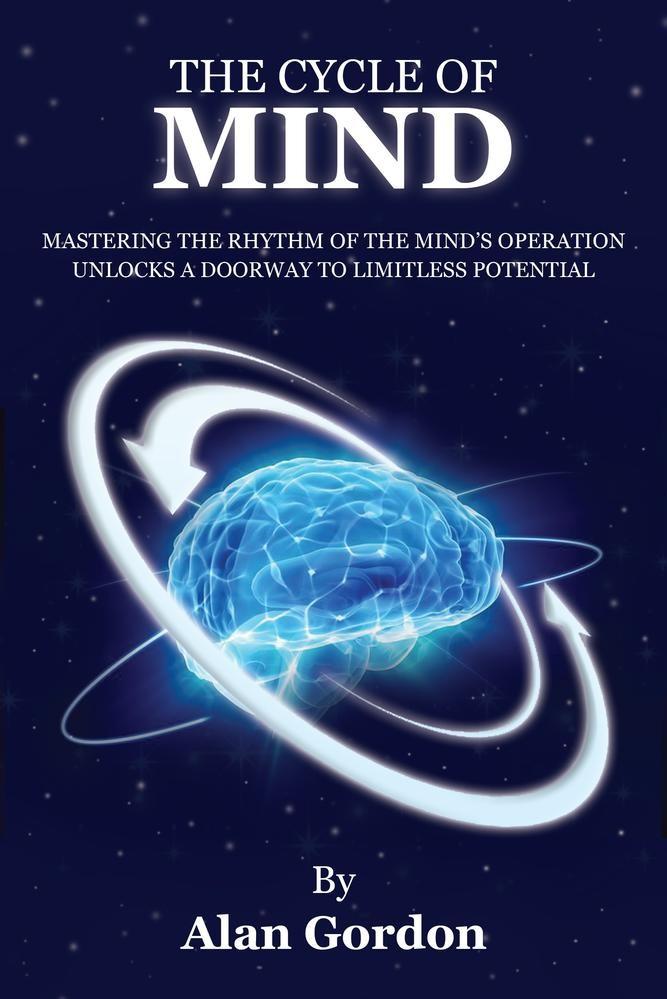 The Cycle Of Mind

Our reality is an exact replica of the thoughts we hold in our Subconscious Mind, so the logical next step – let’s learn to put better thoughts in our Mind.

Put in your information to download your Free copy of the Cycle of Mind E-Book!